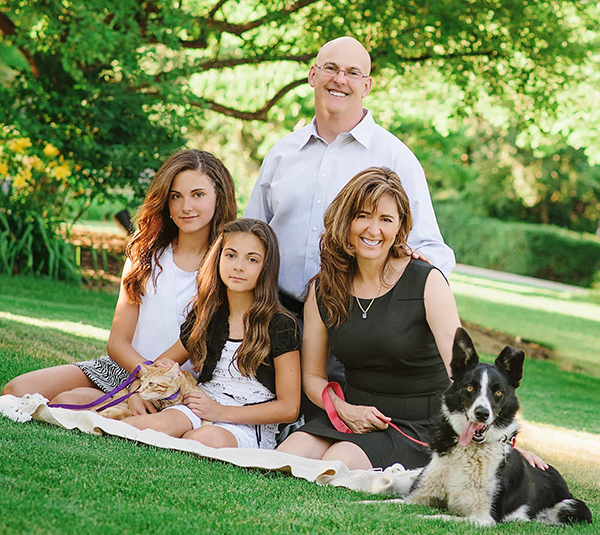 Dr. Howard is the founder and director of Wasatch Hollow Animal Hospital. She was born in Argentina where she pursued her dream of helping animals and becoming a veterinarian in 1992 from the University of Buenos Aires. Later in her career she met her husband Tim, at that time active duty from the US Air Force and moved to the USA. After marrying she started working on her licensing requirements in the US and became re-certified in 2002.

Previously, she had her own practice in Mar Del Plata, Argentina. Then, she worked as a veterinarian at different small animal hospitals in Montgomery (AL), Abilene (TX), Albuquerque (NM) and Utah as she moved along with her active duty Air Force Husband. She also worked a civilian veterinarian at Maxwell AFB (AL) and Kirtland AFB in (NM) caring for military family owned pets and military working dogs. Since moving to Utah in 2010, she has worked at Northern Utah Animal ER in Sunset (UT) where she became Medical Director until 2014.

She takes special interest in dogs and cats’ internal medicine, dentistry and emergency medicine. Her goal is to help pet parents keep healthy pets through the best preventative care and family education. If disease strikes, Dr. Howard will provide your pet with the highest quality medicine and support for your family during the healing process. Dr. Howard is an avid HAM radio operator, she loves skiing and oil painting. She lives in South Ogden with her husband Tim Howard, their two daughters Cynthia and Victoria, and several furry family members… six cats, a chihuahua dog, four birds, one huge goldfish and “Hammy” the hamster. Care for the people she serves and their Pets is her highest priority. 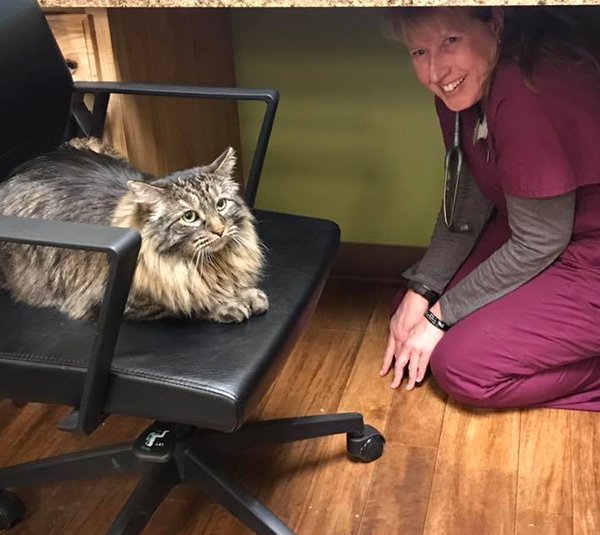 Dr. Swartz is a 1996 graduate of UCDavis School of Veterinary Medicine. She worked in a large farm practice in the San Joaquin Valley and then started her own practice emphasizing equine reproduction and neonatology. In 2001 she commissioned into the US Army Reserve Veterinary Corp. Later that year, she joined the California Department of Food and Agriculture as an Emergency Programs resource and worked extensively out of the Sacramento HQ and Modesto Field offices on multiple disease control efforts including but not limited to tuberculosis, West Nile Virus, pseudorabies, and avian influenza. In 2005, Dr. Swartz became the Veterinarian In Charge of the Tulare District, an area of 8 counties that is one of the most valuable, and vulnerable agricultural areas. She was sent to train at Plum Island, NY, at the joint USDA/DHS facility to be a Foreign Animal Disease Diagnostician. With this training, Dr. Swartz was extensively utilized by both the California Dept. of Food and Agriculture and the United States Dept. of Agriculture for outbreak investigations that can affect public health and international trade status. In 2009, Dr. Swartz came to Utah to work as a GS veterinarian in a position that mirrored what she did in uniform for the USAR Veterinary Corp. This position covered five installations in Utah, two in Montana, two military working dog kennels, and required traveling to conduct inspections on Dept. of Defense food suppliers 20-40 times a year in both Utah and Montana. In 2018, Dr. Swartz ‘semi-retired’ to enjoy her hobby farm, her horse, and time with family, however, she is thrilled to be a part of Wasatch Hollow Animal Hospital.

She has special interests in working dogs, palliative care and maximizing quality of life for our beloved pets. She has had the greatest honor to have been allowed to take home two retired military working dogs to pamper until the end of their days, has a fleet of barn and house cats, a beautiful and silly Arabian, and an extremely tolerant and animal-loving partner who brings his two kids into the milieu at Black Cat Farm.

Brit is our Lead Technician and Practice Manager. Although she started in March 2018, she may be familiar to our clients as being our previous Practice Manager who helped Dr. Howard in opening Wasatch Hollow Animal Hospital in 2015. Brit has 10+ years experience in Veterinary Medicine–ranging from General Practice, Emergency Medicine, Shelter Medicine and Ophthalmology. Brit is an avid pet lover and adopter and has 2 retired “feral” cats, Boone and Selleck, as well as two old Cocker Spaniel monsters, Piper and Bentley. In her spare time, she enjoys reading, gardening and spending time with her and son Grayson.

We use cookies on our website to give you the most relevant experience by remembering your preferences and repeat visits. By clicking “Accept All”, you consent to the use of ALL the cookies. However, you may visit "Cookie Settings" to provide a controlled consent.
Cookie SettingsAccept All
Manage consent

This website uses cookies to improve your experience while you navigate through the website. Out of these, the cookies that are categorized as necessary are stored on your browser as they are essential for the working of basic functionalities of the website. We also use third-party cookies that help us analyze and understand how you use this website. These cookies will be stored in your browser only with your consent. You also have the option to opt-out of these cookies. But opting out of some of these cookies may affect your browsing experience.
Necessary Always Enabled
Necessary cookies are absolutely essential for the website to function properly. This category only includes cookies that ensures basic functionalities and security features of the website. These cookies do not store any personal information.
Non-necessary
Any cookies that may not be particularly necessary for the website to function and is used specifically to collect user personal data via analytics, ads, other embedded contents are termed as non-necessary cookies. It is mandatory to procure user consent prior to running these cookies on your website.
SAVE & ACCEPT